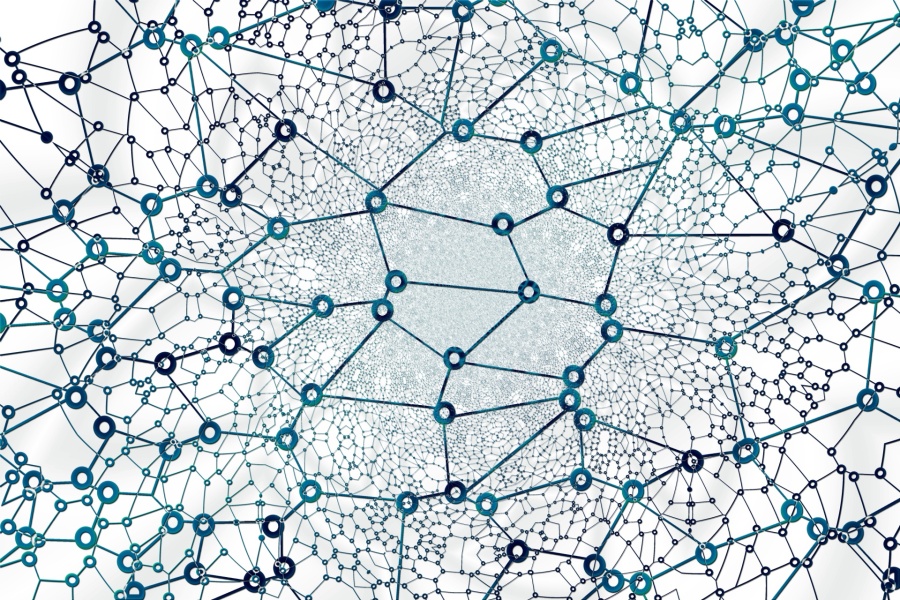 Cities, like brains, are immense networks of connective patterns built up over time. Understanding this evolving structure will help us to formulate better urban policies and practices.

Few developments in the sciences have had the impact of the revolutionary discoveries in genetics, and in particular, what is called the “genome” – the totality of the complex pattern of genetic information that produces the proteins and other structures of life. By getting a clearer picture of the workings of this evolving, generative structure, we gain dramatic new insights on disease processes, on cellular mechanisms, and on the ultimate wonders of life itself. In a similar way, geneticists now speak of the “proteome” – the no less complex structure of proteins and their workings that generate tissues, organs, signaling molecules, and other element of complex living processes.

An important characteristic of both the genome and the proteome is that they work as totalities, with any one part potentially interacting with any other. In that sense, they are immense interactive networks, with the pattern of connections shaping the interactions, and in turn being shaped by them. Proteins produce other proteins; genes switch on other genes. In this way, the structure of our bodies evolves and adapts to new conditions – new infections, new stresses, new environments.

It turns out that something very similar goes on in the brain. We are born with a vastly complex pattern of connections between our neurons, and these go on to change after birth as we experience new environments and learn new skills and concepts. Once again, the totality of the pattern is what matters, and the ways that different parts of the brain get connected (or disconnected) to form new patterns, new ideas and pictures of the world.

Following the naming precedent in genetics, this structure is now being called the neural “connectome” (because it’s a structure that’s similar to “genome”) and the race is on to map this structure and its most important features. (Much of this work is being advanced by the NIH’s Human Connectome Project.)

What do these insights have to do with cities? As Steven Johnson noted in his book Emergence, there is more in common between the two structures than might appear. There is good reason to think that, as with brains, a lot of what happens in cities has more to do with the overall pattern of connections, and less to do with particular elements.

As Jane Jacobs pointed out over half a century ago, the city is a kind of “intricate ballet” of people interacting, going about their plans, and shaping the life of the city, from the smallest scales to the largest. This intricate pattern is complex, but it’s far from random. As Jacobs argued, it exhibits a high degree of order — what she called “organized complexity.”

And it’s physical, starting at the scale of the sidewalk, and encompassing all the other movements and connections of urban activity. “Sidewalk contacts are the small change from which a city’s wealth of public life may grow,” she wrote. We may also be plugged in electronically by telephone and now Internet, but (as research by Robert Putnam and others is showing) the root of the system is the physical proximity with the people we know and work with.

More than that, this pattern of connections generates remarkable efficiencies, forming a kind of “network metabolism.” Jacobs has since become famous for observing highly local “knowledge spillovers,” casual transfers of knowledge about a job or a new tool or idea, that help to grow new enterprises and new economic activities. Her insight, now called a “Jacobs externality” by economists in her honor, helps to explain how a city generates wealth. As we have written before, this phenomenon might well help to explain why cities are so efficient with resources per person, relative to other places.

In the same vein, the brain scientists offer some other important insights. For one thing, more important than the density per se (of neurons, or of people) are the patterns of connections. So we have to be able to ensure that many “neural pathways” can form and re-form – in the case of a person’s brain, that the person is healthy and well-nourished enough to remember, and learn. In the case of cities, we have to ensure that we have well-connected, walkable cities, facilitating many cross-connections.

The brain scientists even believe now that this pattern of neural cross-connection is key to the formation of consciousness. In effect, the different parts of the brain join up into a larger system, and the result is that the system self-organizes into a state that is smarter and more aware. When a brain sleeps, this larger pattern seems to dissolve into fleeting sub-patterns – and we experience the loss of consciousness, and sometimes, dreaming.

Something similar might be going on with well-connected cities: they can self-organize to become “smarter” in their ability to generate great urban vitality with fewer resources. But this is true only if their “neurons” (the people) are able to be connected, especially physically connected, in this way.

Similarly, a city can “lose consciousness” by becoming too fragmented and too sprawling. Automobiles and other machinery can help to connect the parts of the city, but only in a very limited and encapsulated way. By contrast, a walkable public realm has vastly more capacity to form and re-form connections between people, allowing a dynamic pattern of interaction to form and sustain across the city’s urban fabric.

This lesson of self-organization carries an important implication for planners and urban designers. It suggests we need to focus less on the specific elements in relation to one another – and how we might imagine they are best placed – and focus more on how we can help them to self-organize into more complex (and more efficient) patterns.

On the other hand, human brains do not start from scratch as we once thought, nor do societies – we all have patterns that we learn and apply to new situations. So too, cities have patterns that facilitate this network structure. Like a good memory or innate knowledge, the best walkable cities of history offer us many good reusable patterns to create vibrant, walkable, resource-efficient cities.

A corollary is that in our automobile-connected suburbs, it seems we have been replicating this pattern of connections – but only with heavy and unsustainable inputs of resources. Furthermore, as noted before, the structure of encapsulated cars, and existing networks of people we already know, are no match for the open-ended nature of public space networks, and their capacity to exploit “propinquity and serendipity” – the accidental connections with people we don’t already know, where, as research shows, the new knowledge and innovations form. If we want more resource-efficient cities – and more creative and resilient economies – then it seems we will have to look much harder at this dynamic, and ways to exploit it to our advantage.

How can we do this, concretely? The brain scientists are working hard to map the connective patterns of particular brains, to get some idea of how the patterns tend to form characteristically within the “human connectome.” For cities, it seems we might do something equally useful: map the characteristic urban patterns that have proven most conducive to this connected vitality, and that also do not interfere with – or better yet that promote – the capacity for urban self-organization.

In a sense, we already do this when we speak of design types, or planning models. But this work is usually very constrained by parochial debates within the architecture and urban design disciplines over “progressivism” versus “historicism.” The result is that there has been a stagnation of real progress in this area. At worst, we have slipped into what Jacobs called a “neurosis” of “imitating empiric failure, and ignoring empiric success.”

By contrast, the brain scientists point to another, less ideologically constrained path. It seems we might have much to learn from a more open, aggressive mapping and re-applying the genetic patterns of such an “urban connectome,” looking at the most effective patterns from a range of cities around the world – and over centuries of evolution.

Michael is the Director of the Future of Places Research Network (FOPRN) and a Senior Researcher at KTH Royal Institute of Technology in Stockholm. He is also managing director of the Sustasis Foundation in Portland, Oregon. He has held teaching and/or research appointments at seven graduate institutions in six countries, and he also maintains an active international consultancy where his clients include governments, NGOs and leading developers. He is on the editorial boards of two international urban research journals, and on the boards of other international NGOs and research projects in sustainable development. Michael is also a regular contributor to The Atlantic's CityLab, Urban Land, Metropolis, Planetizen and other periodicals, and he is a regular interviewee on public radio, and for Voice of America, The Guardian, the Wall Street Journal, Newsweek, and other notable publications. He is also author or contributing author of over twenty books. More info: www.tectics.com or www.sustasis.net. View all posts by Michael Mehaffy

One thought on “Wonders of the “urban connectome””