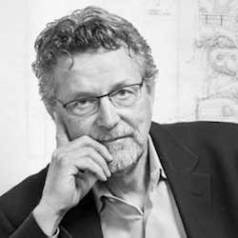 Architect Peter Calthorpe, a co-founder of the Congress for the New Urbanism (CNU), has been appointed to an 8-member panel to review the direction of UN-Habitat following completion of Habitat III in October 2016 and its outcome document, the “New Urban Agenda.” This document was adopted by consensus in December 2016 by all governments of the United Nations General Assembly. Some critics of New Urbanism are likely to be displeased by this news, since it seems to formalize the “New Urbanist” aspects of the “New Urban Agenda.”

Indeed, the New Urban Agenda does feature many references to characteristics that are well known within New Urbanism, and incorporated into its foundational document, its “Charter of the New Urbanism.” Like the Charter, the New Urban Agenda calls for “appropriate compactness and density, polycentrism and mixed uses,” “connectivity,” “considering the human scale, and measures that allow for the best possible commercial use of street-level floors,” “bringing people into public spaces and promoting walkability and cycling,” and “equitable ‘transit-oriented development’ that minimizes the displacement, in particular, of the poor, and featur[ing] affordable, mixed-income housing and a mix of jobs and services.”

Perhaps the most notable feature of the New Urban Agenda is its frequent reference to public spaces and their character, including a call for “well-designed networks of safe, accessible, green and quality streets and other public spaces.” This has been a key point of focus for the Future of Places, a partnership that has included UN-Habitat as well as Project for Public Spaces and Ax:son Johnson Foundation, its NGO host (and the sponsor of this blog).

Why do some people criticize New Urbanism, sometimes vociferously? I suggest that some of the criticism is justified, some not. The justified criticism is aimed at aspirations unmet, promises unfilled, theory and practice that are incomplete at best, and rationalizations for bad development at worst. Some of this criticism is internal among members of the movement, and as I myself have witnessed, it can be passionate. That’s a healthy sign, surely.

The unjustified criticism comes chiefly in three varieties. One is from a “market fundamentalist” perspective, imagining that whatever a market decides is automatically the best for society, and for the planet. For this group, New Urbanism is hopelessly aligned with government planning efforts. These folks fail to recognize that “government planning efforts” created the conditions under which the market makes its decisions in the first place, and the “totally free market” is a myth of the most delusional sort. Ergo we must make reforms to this same government system, coupled with non-governmental activism (in professional, NGO, and private spheres) to achieve a more effective “polycentric governance” that combines the best of top-down planning frameworks and resources with the best of bottom-up organic growth. History shows us that this is precisely how the most successful and well-loved cities have also grown.

The second variety of criticism comes from the leadership of the profession of architecture, for whom the ultimate mandate is artistic creativity. For them, New Urbanism commits the unpardonable sin of daring to learn from history, and to recapitulate its lessons in both process and (egad) form. They may find revivalist forms distasteful, but it is the New Urbanists who are on the more solid theoretical ground, scientifically speaking. (And perhaps too speaking of professional responsibility to client well-being.) Evolution — including human evolution, and technological evolution — is not a constant reinvention from scratch, but a kind of fugue of recapitulations combined with novelty, and built up over time. At this critical point in our history, we must do a better job of looking for successes wherever we can find them – including in our own evolutionary past.

The third variety of criticism comes from the social sciences, where it is common to see attacks on the alleged “neoliberal politics” of New Urbanism. With this alleged sin comes gentrification, exclusion, homogenization, income inequality, and worse. But this image is largely a fantasy. While a few New Urbanists do in fact endorse neoliberal economic policies, the core of New Urbanist theory is based on Jane Jacobs’ very different work on diversity, openness, and a well-connected, fluid city. It argues that playing “whack-a-mole” with equity issues (or playing “PC solidarity” from our quixotic ivory towers) is less effective than actually changing the underlying structural conditions for self-organization, civic stewardship and urban justice – including the physical structure of the city. New Urbanists, for all their faults, have actually marched into battle on that score – and that may be a key part of the reason their ideas are now seen as a way forward for the New Urban Agenda.

Perhaps what both critics and supporters of New Urbanism should do at this point is to look beyond the branding, the schools and the identities, and toward larger shareable ideas and their implementation. The New Urban Agenda comes at a time when rapid urbanization presents enormous dangers to humanity – but at the same time, enormous promise, if we can learn from evidence and history.

Michael is the Director of the Future of Places Research Network (FOPRN) and a Senior Researcher at KTH Royal Institute of Technology in Stockholm. He is also managing director of the Sustasis Foundation in Portland, Oregon. He has held teaching and/or research appointments at seven graduate institutions in six countries, and he also maintains an active international consultancy where his clients include governments, NGOs and leading developers. He is on the editorial boards of two international urban research journals, and on the boards of other international NGOs and research projects in sustainable development. Michael is also a regular contributor to The Atlantic's CityLab, Urban Land, Metropolis, Planetizen and other periodicals, and he is a regular interviewee on public radio, and for Voice of America, The Guardian, the Wall Street Journal, Newsweek, and other notable publications. He is also author or contributing author of over twenty books. More info: www.tectics.com or www.sustasis.net. View all posts by Michael Mehaffy